Firefly Insurance vs Covered by SAGE: What Should Independent Agents Choose?

Firefly Insurance and Covered by SAGE model are two options that agents have when going independent. Let’s look at how these two models square off against each other.

The competition between independent insurance agency platforms is very dynamic, with various new companies springing up and touting innovative models and features to address the ever-growing needs of the market.

Previously, we took a look at how Covered by SAGE fared against Goosehead Insurance Franchise and Brightway. It showed that success through traditional methods is not impossible, but new, forward-looking strategies to building an agency are required for agents to truly thrive in today’s evolving climate.

Here we’ll be looking at two such agency ownership opportunities, namely Firefly Insurance and Covered by SAGE. They share a few similarities, but a lot more differences.

Firefly is an insurance agency that operates on a hybrid model that closely resembles an aggregator, but still has some elements of an agency, since they are still the broker of record. It appoints agents with carriers so that they can start selling their products. However, Firefly places several contractual restrictions on the agent as well.

Firefly provides their agents with carrier appointments and not much else. They charge a monthly fee that goes toward E&O and off-the-shelf rating platform, EZLynx. Everything else needs to be managed by the agents themselves.

Firefly agents work on a commission split basis. They get a percentage of the commission earned for each policy that they write.

How does Firefly insurance make money?

Firefly insurance operates an aggregator model and charges an ongoing fee of $395 per month. Besides this, they also take a percentage of the commission revenue,

How wide is Firefly’s market?

Firefly has a slightly limited market that varies state-by-state. They are appointed with only 12 P&C carriers in Georgia. Additionally, Firefly agents only have access to personal lines.

Firefly insurance agents are exclusive and cannot seek appointments with carriers outside of Firefly’s portfolio, significantly restricting their market access and ability to sell to a variety of customers with varying risk profiles. 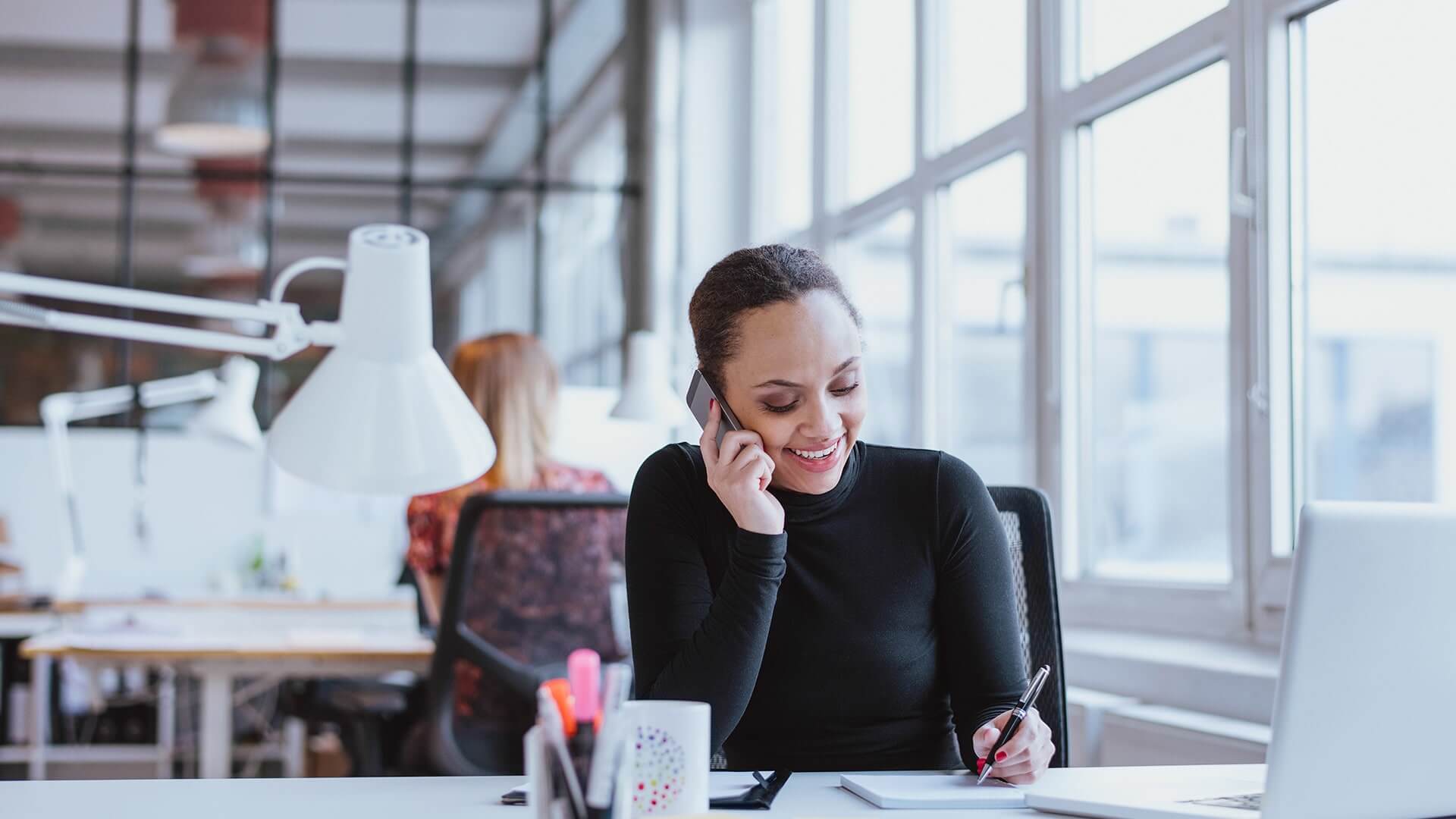 Covered by SAGE started as a small operation, but they are currently licensed in over 40 states, and offer multiple lines of businesses for agents. They have been backed by investors who have built category-defining brands, and believe that disruption through market-leading technology will ultimately allow agents to “be their best selves”.

Covered by SAGE does not operate an aggregator model. They’re an insurance brokerage platform that offers a “you sell, we service” model to their agents, but that is just the start of what they’re trying to do.

Covered by SAGE agents also make money from commissions. Their rates are much better than Firefly’s, with agents receiving up to 95% commission on new business and 50% commission on renewals for personal lines.

Unlike Firefly, Covered by SAGE also gives its agents access to commercial lines carriers. They offer the same split on personal lines as they do on commercial lines. Additionally, Covered by SAGE also has options for agents who sell life or health products, with access to 40+ carriers, allowing their agents to cross-sell all insurance lines of business and round out the account.

Covered by SAGE has no retail outlet requirement; agents can virtually start an agency of their own with $0 investment. They charge $100 per month for access to their carriers, technology, training and in-house licensed service center.

Ultimately, Covered by SAGE only generates earnings from the commission splits, with costs to covered technology and training, thereby tying their success with the success of the agent.

At the time of writing, Covered by SAGE is appointed with over 35 P&C and 40 life carriers, with more coming soon. Agents have wide market access. Unlike Firefly, Covered by SAGE also allows agents to sell commercial lines, life, and health policies.

Going independent has been never easier

How does Firefly Insurance compare with Covered by SAGE?

Firefly insurance is an agency that works on a hybrid agency-aggregator model. As such, they only provide very limited support to their agents. Agents are appointed to carriers and given limited support from an agent-trainer, and have to manage everything else on their own.

On the other hand, Covered by SAGE started as a technology company. They developed a proprietary plug-and-play technology that is easy to use and provided to their agents at a very modest cost.

Unlike Firefly, Covered by SAGE also offers a guaranteed buy out on the book of business the agent builds. Firefly imposes several restrictions on the sale of the book for their agents, making it very difficult to crystalize the value of the book their agents have worked so hard to grow. Agents cannot sell their book to agents outside of Firefly and Firefly has a right of first refusal to purchase the agent’s book, which makes it very difficult to find an outside buyer.

However, Covered by SAGE provides a buyout of a multiple of the agent’s revenue of the book of business with no strings attached. 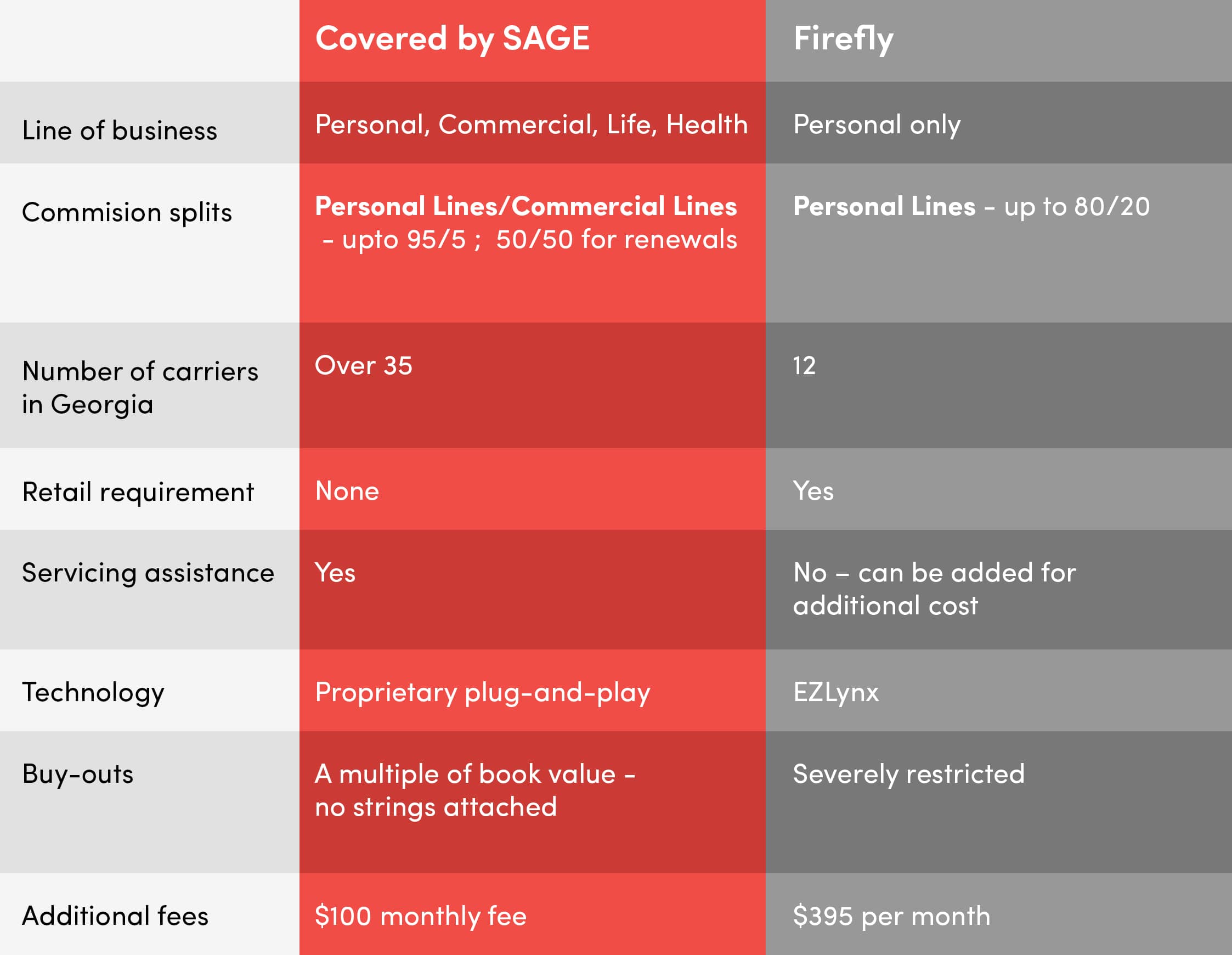 Firefly insurance started as a way for independent agents to find success in the market, but their offerings and services is somewhat limited when compared to those of Covered by SAGE

Covered by SAGE allows agents to run their agencies with very little cost. They also provide marketing support, proprietary technology, and even remote servicing teams. They have realized that agents must be allowed to focus on what they’re good at: selling.

After seeing what both of these models have to offer, Covered by SAGE looks like the clear winner in terms of initial investment required, services provided, and ease to the agent.

Going independent has been never easier